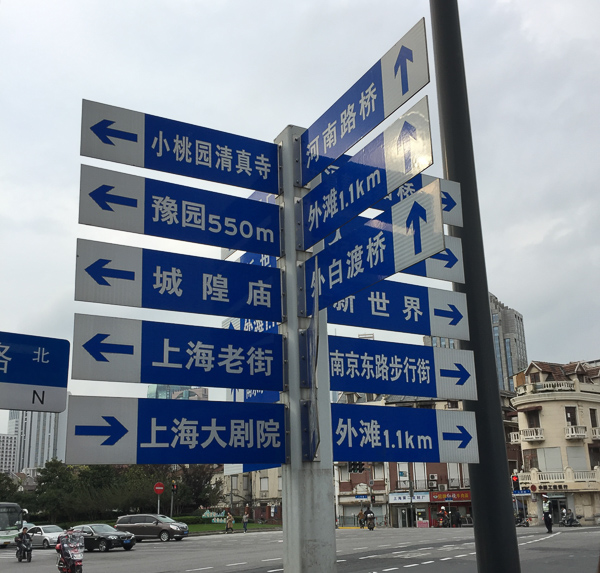 How do I visit China without a visa? Luckily for you, I have the answer. Unfortunately for my past self, I suffered a lot of unnecessary stress before figuring it out.

If you want to get technical, however, you will be issued what is known as a Visa in Transit upon arrival. But the important bit is that you don’t need it prior to touchdown.

Why then, was I stressing in the first place?

The moment you realize you’re an idiot

It’s 9:45 in the morning on a Friday in November. I’m jamming away at my keyboard at work, still slightly foggy and desperate for another cup of coffee. Instead of caffeine, I decide that printing out my literary for an upcoming trip will produce (almost) the same effect and allow myself to mentally escape work for a few minutes. Print. Get up. Fetch. Return. PANIC.

I return to my desk but immediately get up and rush to the end of the aisle, dash down the hall, fling open the stairwell door and enter silence. I’m furiously read over a few specific words and then reread everything as if hoping a change will transpire through my repeated disbelief. I need a visa to travel to China?!

Yes, I know you’re wondering how I could’ve been so foolish as to not know I needed a visa in order to land in China. But, in my joy of a cheap fare, agreeable layovers and the sweet PTO I requested, I forgot a pretty damn important detail. I once thought myself a savvy traveler but now…not so much.

What do I do now? I was determined to bring my visions of steaming Shanghai soup dumplings to fruition. So I did what any efficient person with an internet connection would do: Fire up a Google search to see if there was some way around the red tape. Some loophole I could squeeze myself into. 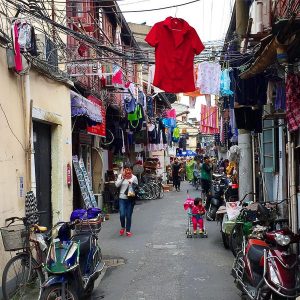 These were the options so far:

Option 1: Drive to consulate to get visa
This meant driving to Chicago (where the Chinese consulate that served my state was located). The drive would take 4 hours and from what I knew, they are unable to process a visa same-day even if I did make it there.

Option 2: Re-book flights and visit some other time
The re-booking fees would come to half of my original ticket price and also not include any additional fees incurred if the new flight was more expensive. And they all were. I had got a killer deal.

All initial searches came up with the same result: “You need a visa, dumb-dumb”. No help there. I called my brother, whom I was to visit, and gave him the terrible news. After some back and forth, we each continued frantically searching online for ways in which to beat the system, or uhh, arrive legally.

We eventually stumbled across a sort of technical visa aka Option 3. Originally, the visa was good for 24 hours—I think intended for long layovers for which people did not want to obtain a traditional visa. The Chinese government then rolled out a new provision with a window of 72 hours. Then in January of 2016 they decided to expand this temporary visa to 144 hours, in order to increase foreign visitors, boost spending yada yada yada. But, it also gave last minute, ride by the seat of your pants types a process to follow to gain entry. Legally.

There’s something slightly unnerving about driving some four hours to Chicago, then taking a 13 hour flight to Shanghai not knowing if I would be deported upon arrival. But I took the risk and detail how you can too.

You can follow this link to the Shanghai immigration website where I read their official guidelines. What follows is not an interpretation based on the rules, which I kept finding on guides and other forums 1 But instead is the real deal, I did it, and so can you guide!

Give me the ‘tails

You can stay in China for a period of 24, 72 or 144 hours without a traditional visa.  Each time frame has its own stipulations. The wider the window, the more rigid the rules.

I will use information from the Shanghai General Station of Immigration Inspection website, as the Pudong Airport in Shanghai is the transit point I used.

This was my scenario and how I worked it out:

I had booked a direct flight from O’Hare Airport in Chicago to Pudong Airport in Shanghai with a return flight from Pudong to O’Hare. I would arrive November 6th and depart Shanghai November 13th. In order to execute the 72 hour Visa in Transit, I needed to buy an onward ticket to a third country within that time frame. The 72 hours comes in to play like this:

The 72 hours begins the immediate day after you land. I was landing Sunday the 6th, so the “clock” wouldn’t start until Monday at 12:00AM or 00:00. Before I left the U.S., I bought another round-trip ticket from Shanghai (Pudong) to Hong Kong. As noted in the guidelines, Hong Kong does count as a separate country from China, even though it’s an “autonomous territory” of the People’s Republic of China. The flight would leave Shanghai November 9th at 4:45 pm and depart Hong Kong back to Shanghai the 12th of November.

I had all of Monday, Tuesday and Wednesday (72 hours) in order to exit the country via flight to a third country that was not the original country of origin (the U.S.) and was a country included in the rules. That left me with about seven hours to spare applying the 72 hour transit visa.

Visit China without a visa: The revolving door of transit visas

Once you leave the transit country (China) and land in the third country, the clock and 72 hour rule start over. What I mean is, upon returning to China from Hong Kong, I could apply the same 72 hour Visa in Transit policy again. And I did.

Print out an itinerary or a flight booking with a confirmed seat of an onward flight with you. I was asked for this at every immigration check and once at the ticketing counter when getting a boarding pass while leaving Hong Kong. This is absolutely necessary to prove to immigration that you have an actual flight and will be leaving/arriving. Basically, no country wants to be stuck with you.

Print out your original confirmation. This should come without saying because the second onward flight in this reservation (the one back to the U.S.) is the onward flight that applies to the second 72 hour transit visa and allows you to leave China again.

Make sure your third country does not require a visa. Or if it does, GET IT. Hong Kong is very lax in this aspect of immigration and currently allows citizens of 161 countries to enter and stay visa free for varying lengths of time with a majority of these at 90 days.

Now that you know how to visit China without a visa, I’ll give you a few other guidelines to make your trip run smoothly.

Keep old boarding passes. These can help confirm your other printouts and may speed up the process.

Leave more time than you normally would. A lot of immigration agents and ticketing agents are not familiar with these rules, as they are fairly new. I was held up a few times for longer than I would’ve with a normal visa, but that’s a small price to pay.

Use the special Visa in Transit lane at immigration upon arrival in China. The ones in Shanghai are labeled on signage as 72-hour Visa-free Transit. Look to queue here.

Be sure to check which airports you’re allowed to use this Visa in Transit for. Not all airports in China allow this, but the major ones in Beijing and Shanghai do. You can also check other methods of entry/exit, as I believe this special visa can be applied to arrival via airplane and then exit via another method, like a cruise ship.

And other things to consider

You’re technically only allowed to be in certain municipalities/ provinces depending on what airport you fly into. For me, I could only be in the Shanghai Municipality, Jiangsu Province and Zhejiang Province because I landed in Shanghai. So check this.

My tickets departing from and then back home to the U.S. were both with United on the same booking. My tickets to and from Hong Kong were also on the same booking. I don’t know if there are rules to this specifically, but I would assume as long as you show that you have onward flights out of China within the time frame, you should be good to go.

Woop-woop! That’s the sound of the police

One other thing to know in China: Police registration
Most hotels and paid lodgings (maybe not a sketchy hostel or dodgy AirBnB host) register you with the local police ahead of your arrival. This is standard. However, if you’re like me and staying with family or friends at an apartment, it is required by law to register at a local police station. Yes, a lot of people do not do this and nothing happens to them.

There is a fine, however, that can be imposed if you’re caught. But for me, my brother was working one of the days I stayed there, so I went to the local station and registered myself. It took under 15 minutes even though he didn’t speak English and I didn’t speak Mandarin. All it took was a few head nods, some pointing and a signature.

I searched online for what to bring in to confirm my brother’s legal residence, but apparently it varies widely by the district you’re in. This is what I brought:

The guy behind the counter gave me a registration of temporary residence form and had me sign it. A few keystrokes on his computer later and that was that.

Forget Uncle Sam and get a visa in transit

If you’re in a bind like I was, or you simply do not want to shell out the $140 for a visa (more if you have a company do it for you), or figure out the logistics of visiting your state’s designated consulate during the week (most likely out of state), wait three days to process, and then return again during the week to pick it up, consider this an alternative.