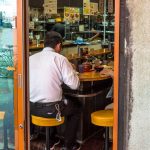 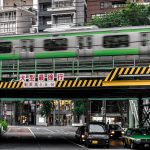 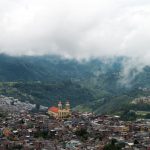 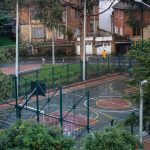 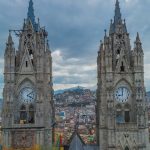 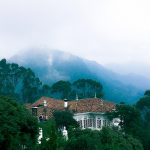 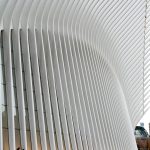 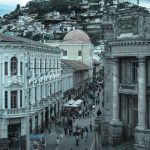 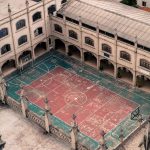 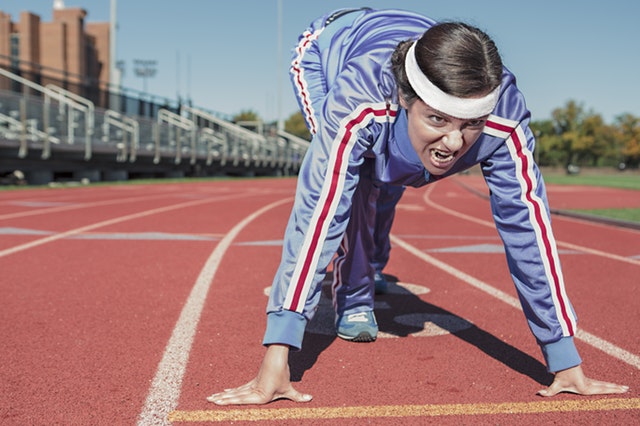 It’s already February. What have you accomplished in the first 31 days of the year? Any progress on all those resolutions that you haphazardly set a month ago? First, congratulations if you’ve kept your word and are making strides towards these goals, however big or small. The important part is that you started. I’ve come to believe that this is the single most important part to realizing any goal—to take action.

This simple step of taking action, any action, is powerful stuff.

In the past I’ve set goals for myself, often quite lofty, and have laid out plans to get them done. But, by the end of the week, or end of the month I don’t have anything to show for it. Besides a notebook or a spreadsheet filled with ideas of great sounding future achievements, I’ve got nothing.

If nice headings, solid bullet points and visually appealing underlines attributed to any real progress, I’d probably be finishing my first novel, have a YouTube channel with 500K subscribers, know four languages and have more green than all of Boston on St. Patrick’s Day.

But they don’t. Neatly written resolutions and well-thought out calendars with bolded deadlines don’t substitute for progress.

A ton of people kick off the new year with the same goals as the previous one. The metrics are the same. The process for achievement is the same. And yet, last year, I’d bet at least 80-90% of the average person’s goals failed.

So why do we expect the new year to be any different?

I started to change my thinking because I was guilty of this too.

Step up to the plate…

A whole notebook of thoughts, plans, outlines, dates, to-do lists, check boxes, updates and everything else has boiled down to one thing—action.

This is the single step that has pushed the needle for me. It’s the only step, at least at the beginning, that truly matters. I’ve dedicated plenty of time over the past years to goal-setting, but when it came down to it, I rarely started on the majority of them.

It’s difficult to see where you slipped up and failed when you never even started. When I looked at where my success had come from, it started with taking small, almost microscopic actions. Any goal I had completed in the past, whether short-term or longer-term, stemmed from a tiny action that I took.

Metaphorically, it was snowing and I wanted to build a snowman. I always thought of the completed snowman and how good it’d look, but failed to roll the very first snowball on dozens of snowmen over the years. As ridiculous that sounds, I didn’t do it.

It’s no different than trying to squat 405 pounds and doing everything in the gym except getting under the bar and squatting 45 pounds. Just squat the bar! That’s all I had to do. That small action would eventually snowball into Schwarzenegger-sized success.

Why My Past Goals Failed

As I mentioned before, it was not because I lacked desire or was a bad planner with no vision and no ambitious goals. The problem was that I spent nearly all my time planning and dreaming.

Focusing on the wrong pieces

I wasted time pouring over the little details that were so far into the future and didn’t matter at the beginning. I downloaded apps for timekeeping, schedule management, note-taking and organization. All these apps were supposed productivity tools, designed for optimization (buzz word of the decade, probably).

But they were basically all shit.

They were well intended. But they all seemed to be designed to squeeze out the last drops of work, made more for fine-tuning the last 5-10% of your time and productivity.

But in terms of starting, they ultimately didn’t matter.

I bet you often say, “I don’t know how to start. I don’t know the best first step to take before I begin.”

The simple fact is, any first step is better than no step at all. Take action to overcome the initial inertia.

In the age of the internet, there isn’t a lack of information circulating. You can find almost anything you need, usually for free. Material from experts, insights from gurus and super specific advice exists for almost any area you’re interested in.

It’s an information buffet out there and it can really weigh you down. You can search any “best strategy for X”, “how-to Y” or “best way to start Z” in Google and find almost infinite articles.

Often this creates problems for me. I know that there’s information out there on the subject I’m interested in, but I haven’t read it. I always feel that there is just a little bit more to learn before I get started.

So, I convince myself that I’m not ready and after I read just a bit more on this, or learn a little extra on that, I’ll be ready. Tomorrow.

Fake it til you make it

It’s easy to forget that you learn along the way. You don’t have to know everything before you start.

You want to start an online business, but you don’t know where or how to begin. How do I set up a website? Where do I find hosting? What will I sell? How can I list my items? Will people find me? How in the world do I accept payments?

These are obviously good questions to ask along the way. But the problem is that you’re so worried about getting paid and yet you don’t even have an idea of what you’re going to sell and how you’re going to market your product.

Heck, you may not even have a page set up to list your hypothetical items.

If you take a step back and look at the most important goals you’ve had over the last five years, I’d wager a bet that the ones that “bombed” never even got off the ground.

I’m not trying to dissuade you from goal setting or anything along those lines. But if you’re honest with yourself like I’ve tried to be, you might realize that there has never been a sign that says, “Yup, you’re ready!”

Stop waiting to be 100% certain. It won’t happen. You’ll never be fully prepared. 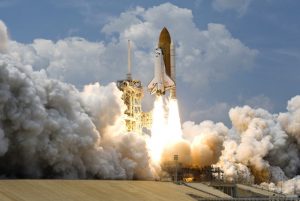 Your excuses have excuses

Another problem with playing the waiting game is that the excuses start rolling in. You set your goal, did your planning and learned the basics. But now there is an empty space between the information you’ve acquired and the actual starting.

So you fill that void with excuses.

Time is of the essence

From reviewing my past non-starts, timing seems to be one of the issues that is recurring. I never feel that it is the right time to start a project. Excuse after excuse of how my current situation is not ideal for starting anything new.

What I’ve seen however, is that even the busiest people take the time to begin. They at least get their projects off the ground. Many have stressful jobs (often multiple), children or other less than ideal scenarios and yet they started.

If these people gave up the excuses and started, why couldn’t I?

This excuse, as I’m calling the little step fallacy, might end up being one of the most prevalent ones I have. It also turns out to be the easiest to correct.

We have a grand vision for what we want our project to turn out to be that any small step looks like it won’t make a bit of difference.

This is outlined above with my snowman and squatting analogy, but it deserves a second mention because it’s so important. Take a starting step. Take an action, no matter how insignificant it seems.

You want to start a YouTube channel? Upload your first video. Stop thinking about it and do it. Just introduce yourself. A simple two-minute video could be the difference between your own creative library and an empty playlist.

Sure, it won’t be as professional as other videos out there and it will probably be the worse one you make. But it’s a necessary step. No doubt you can do better than those shaky, sideways filmed videos with dreadful audio that still get 100K hits in the year 2018.

Plus, it’ll get buried at the bottom of your playlist, so eventually no one will see it, right?

Too many competing goals

One proven method for not completing your goals? Having too many. You’re spreading yourself too thin if you start the new year with a gigantic list of 40 goals to complete by December. Too many goals make taking action even more difficult.

If the goals have any substance, are actually important to you and have the potential to change your life for the better, then I’d wager a guess that 2-3 for the whole year would be sufficient.

…it’s safe to say that you won’t be accomplishing all of them. It’s possible, but I doubt it.

I doubt it because a few of these are actually habits (sleep, gym, limiting alcohol, flossing, social media) and require a different process then goals.

And I also doubt it because there are too many!

If I asked most people, I don’t think they would say that 12 “goals” (like the above list) is impossible in a year. But when you really get down to executing, most of these same people would come up short.

Look back at the list. Of the items, I think four of them have the potential to change your life.

But even from the start, prioritizing these in order to accomplish them would be tricky. What to do?

Reduce them. Cut them in half. Then cut them in half again. Focus on one or two big goals for the entire year. Take action on those two goals.

Shoot for the ceiling, not the stars

It’s never a bad thing to set your sights high. Too often, however, our moonshots inhibit our ability to function in the short term.

Let’s look at exercise as an example. After all, being more active is a goal that many share each January.

You want to exercise an hour a day. Great. But, if you haven’t been exercising even once a week over the past few months, why would you set a goal to exercise 60 minutes a day, every day? Or even every other day?

It doesn’t really make sense. Going from 0-60 (quite literally) is too quick and will limit your progress.

When you’re at work and already dreading that 60-minute bout, how likely is it that you’ll skip out? The whole purpose is to take action. Setting unrealistic goals often stops you before you’ve even begun.

Cut that goal in half. Then cut it in half again. If you do, that initial 60-minutes X 7 days is reduced to 35 minutes, three times per week. You can stick to that.

What is best advice I’ve given myself over the last year and actually taken?

It’s working, too. I’ve reduced my goals to two—I’m focusing all my efforts on trying to find profitability in self-employment and gaining Spanish fluency. The majority of other things I’m working on are at least indirectly related to accomplishing both of these.

Why has this helped?

I was stubborn for a long time. I did a lot of thinking (now I’d probably call it daydreaming) and a little bit of action. Now I advocate for the opposite because:

That’s the secret sauce. Although, I’m convinced it’s actually not a secret. Instead, most people try to dress it up and complicate it, or don’t believe it can be that obvious.

Test my theory and see for yourself if waiting less and taking more action, more often works for you. 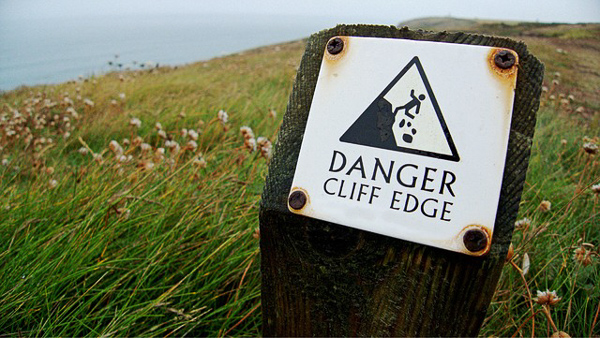 I was afraid. It was fear, plain and simple. I couldn’t pinpoint it at the time, but the fear was… 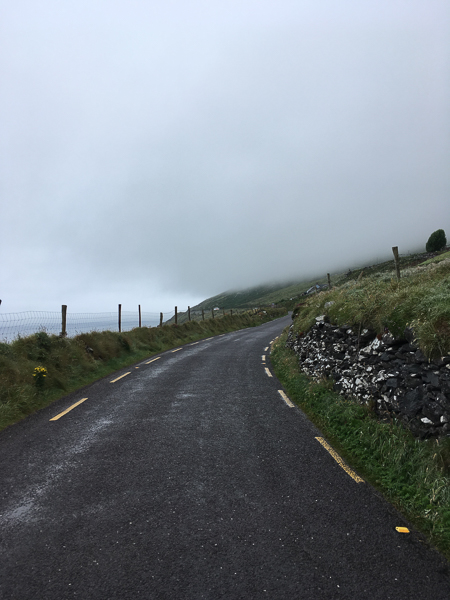 I Quit My Job- Just Another Casualty

Decision to leave One month ago I quit my job. I had been plotting an escape. The monotony had silently… 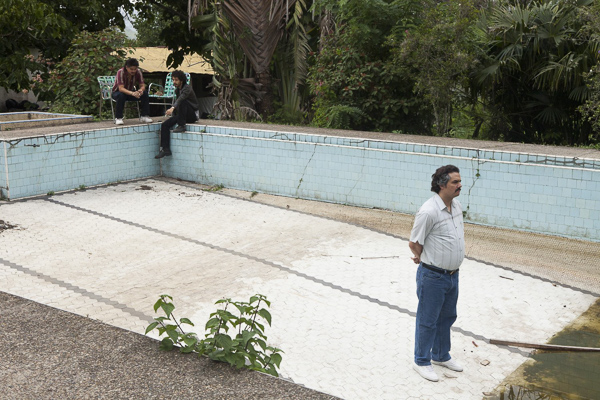