Narcos on Netflix is my latest obsession in premium television and actually, contrary to most the other non-essential shit I consume, Narcos serves a valuable purpose for me—Spanish practice. I started to learn Spanish in high school and have continued as a hobbyist? for quite some time. Basically, I was always intensifying practice around an international trip, then making honest attempts during subsequent months. I utilized new podcasts or read Spanish newspapers online.

Wherever my abilities lie, the rhythm of the language and memories of past trips to Spain and Central and South America have cemented my desire for improvement. 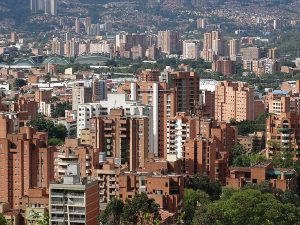 As far as Narcos is concerned, I think the reasons this show has fueled my latest Spanish binge are threefold:

A few hours a week I am transported to another country, thrown into the fascinating, yet tragic history that unfolded around cocaine in Colombia and the profound impact it carried forward for more than two decades.

The producers filmed much of the series in Medellín and Bogotá, and throughout they weave together bits of authentic photos and videos. Since you’re often seeing actual footage and archived documents, the series appears more genuine. You see haunting videos of the aftermath of street shootouts and major bombing campaigns.

The first season chronicles the brutal rise to Escobar’s dominance. It explores the ruthlessness of his empire and the ensuing exchange of violence between rival cartels, the Colombian police and populist guerrilla fighters.

You see both sides of the law—a view from the Colombian government and its hired help from the DEA, as well as Escobar’s family and business associates. Throughout, the Colombian people find themselves caught in the middle, powerless to the situation.

It’s not a spoiler if you know what’s coming

Season two begins to look into the decisions which lead to the slow unraveling of Escobar’s Medellín empire.  As crazy and utterly brutal as his rise to the top is, the downward spiral of his reign is somehow even more riveting. The viewer begins to get a glimpse “inside the mind” of Escobar during his last months on the run.

Seasons three and four dive into the Cali cartel. The cartel started gaining an edge on Escobar while he was running from the government towards the end of his reign. It’s not as good as the previous two, but you’ll get traditional Spanish learning practice.

Narcos makes it difficult to not want to improve (or learn) Spanish during/after watching. The series is addicting. The language is alluring. A planned season three and four are in the works, which no doubt makes it even more appealing as a continued alternative to the more conventional, and let’s be honest, less inspiring, language learning methods.

If Colombian cartels aren’t your fancy, you can try your luck in Mexico with a newer series. It centers on Joaquín ¨El Chapo¨ Guzmán Loera, a Mexican drug kingpin with recent history.

Man, I really got a type, huh?

The Chicago Crime Commission even named Guzmán public enemy number one for his influence in the city.2 The last person to receive such a notorious label? Al Capone.